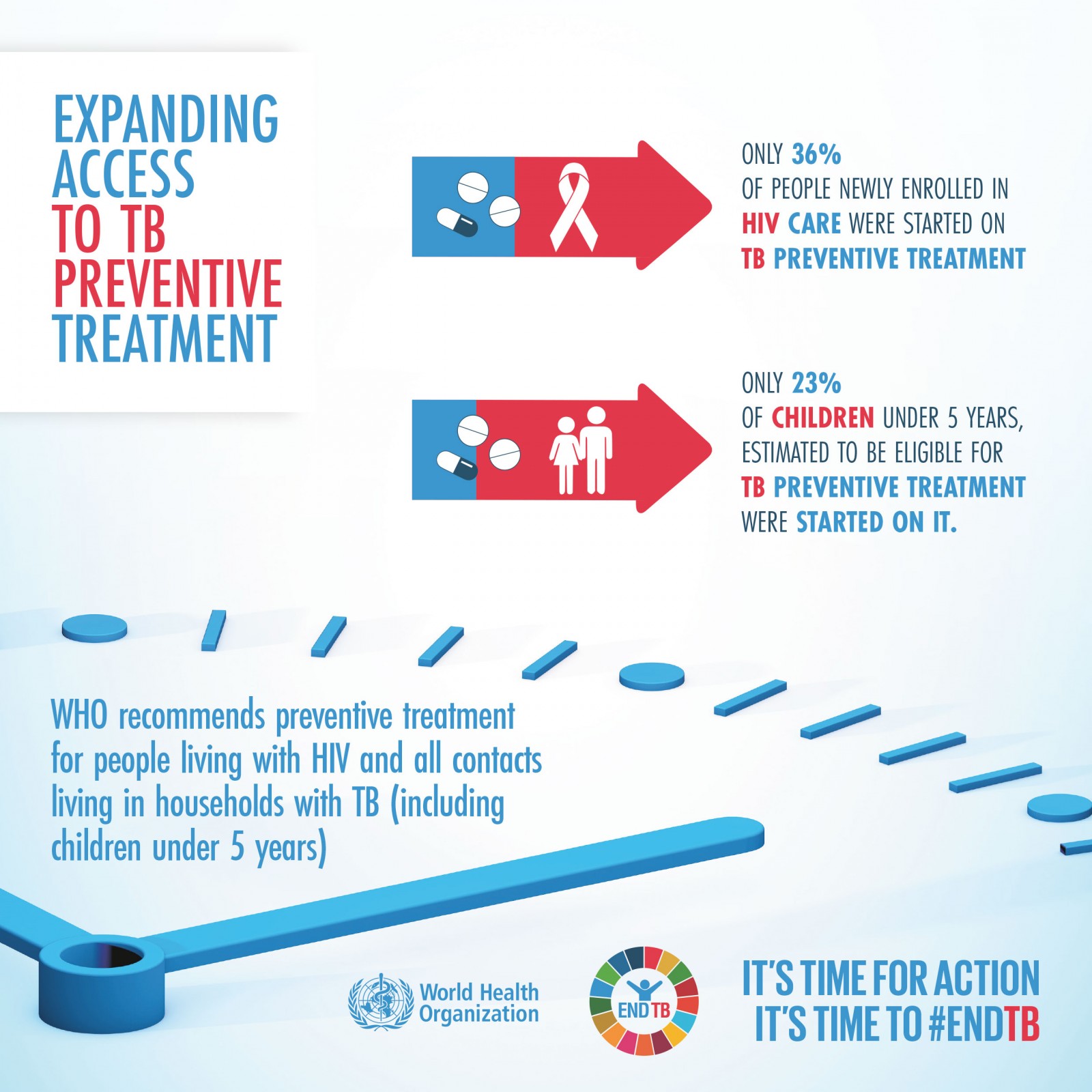 Each year, we commemorate World Tuberculosis (TB) Day on March 24 to raise public awareness about the devastating health, social and economic consequences of TB, and to step up efforts to end the global TB epidemic. The date marks the day in 1882 when Dr Robert Koch announced that he had discovered the bacterium that causes TB, which opened the way towards diagnosing and curing this disease.

TB remains the world’s deadliest infectious killer. Each day, nearly 4500 people lose their lives to TB and close to 30,000 people fall ill with this preventable and curable disease. Global efforts to combat TB have saved an estimated 54 million lives since the year 2000 and reduced the TB mortality rate by 42%. To accelerate the TB response in countries to reach targets – Heads of State came together and made strong commitments to end TB at the first-ever UN High Level Meeting in September 2018.

The theme of World TB Day 2019 - ‘It’s time’ – puts the accent on the urgency to act on the commitments made by global leaders to:

♦ Promote an end to stigma & discrimination

The World Health Organization (WHO) has launched a joint initiative “Find. Treat. All. #EndTB” with the Global Fund and Stop TB Partnership, with the aim of accelerating the TB response and ensuring access to care, in line with WHO’s overall drive towards Universal Health Coverage.

This World TB Day, WHO calls on governments, affected communities, civil society organizations, health-care providers, and national/international partners to unite forces under the banner “Find. Treat. All. #EndTB” to ensure no one is left behind.