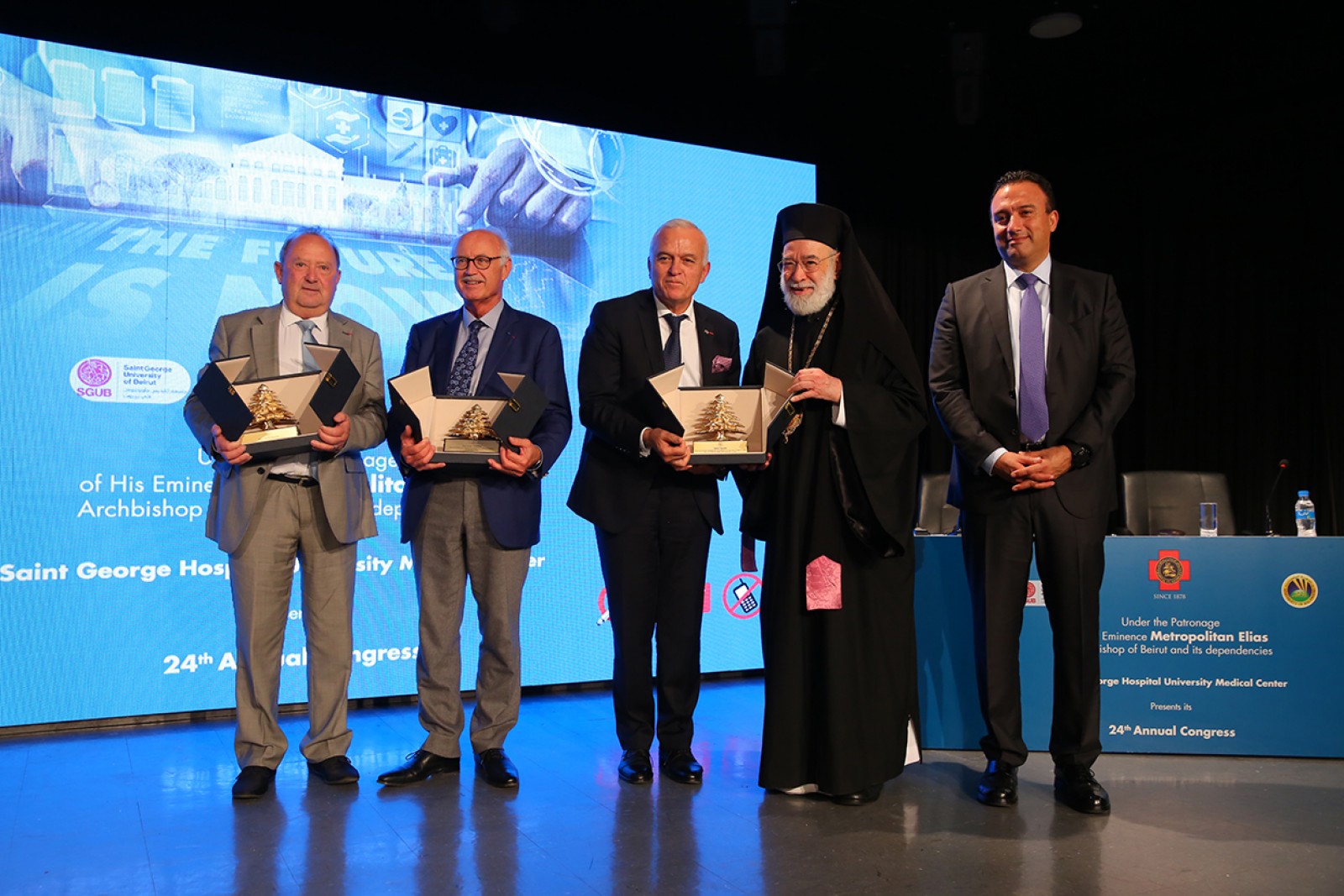 The 24th Annual Congress of SGHUMC was officially kicked-off on October 10, 2019 under the Patronage and in the presence of His Eminence Metropolitan Elias Audi, Archbishop of Beirut and its dependencies. The evening was marked by the distinguished presence of numerous politicians, ambassadors, academicians, physicians, journalists and friends of Saint George Hospital who were updated by Dr. Jihad Khoury, President of the Congress, on the importance of today's academic progress in the field of medicine and Dr. Alexandre Nehme, Chief Medical Officer, who spoke of the role of SGHUMC in the medical education of Lebanese generations since 1878. Dr. Bernard Gerbaka represented Dr, Charaf Abou-Charaf, President of the Lebanese Order of Physicians. He highlighted the upcoming commitments of the LOP in regards to the long overdue health coverage of physicians and other critical issues related to legal frameworks and protection laws.The audience was enthralled by the speech of His Eminence Metropolitan Elias who beautifully described the healing role of the physician as seen through the theological lens. The congress guest speaker, Dr. Jean-Louis Touraine, Medical Teacher and Member of the French National Assembly from the Rhones district spoke of the history and future of bioethics in medicine.A well deserved recognition of the efforts and support of Dr. Jean-Pierre Dewitte, Mr. Jean-Louis Touraine and Dr. Jamal Ayoubi was rapt with an award granting Cedar tree engraved with a personalized message to each offered by His Eminence Metropolitan Elias. A remarkable evening to be remembered by many.